She’s desperate to revive her dead career, and will try anything- including dropping her last name.
According to a report, the “Mean Girls” actress is going the way of such stars as Cher and Madonna, and will only be known by her first name.

Enjoying her time overseas, was spotted leaving the Hotel Sers in Paris, France earlier today (March 25).
Joined by her Pretty Reckless band-mates, the “Gossip Girl” actress looked focused on getting ready for her show at the VIP Room later tonight. 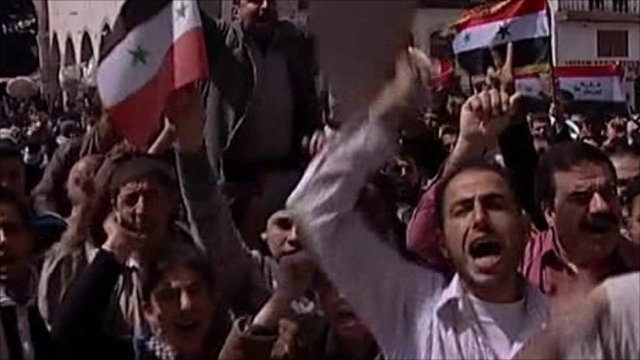 
The BBC's Lina Sinjab says protests look likely to continue - the amateur video in this report has not been verified by the BBC
Gunfire has been heard during a fresh protest march in the Syrian city of Deraa, reports say.
The marchers had attended funerals for some of the 25 protesters shot dead on Wednesday by security forces.
Demonstrations were also reported in the capital, Damascus, and in a growing number of towns and cities, including Hama and Tall.

Men gather at a mass funeral for people Libyan authorities claim were killed in coalition bombings. Rebels have accused Gaddafi's troops of taking bodies from the morgue. Photo / AP


Libyan state television aired pictures of blackened and mangled bodies it said were victims of airstrikes in Tripoli after the city came under heavy fire again yesterday.