"Link to video: Mercury mapped by Nasa's spacecraft Mercury is the smallest of the solar system's eight planets and, for decades, also its most neglected by humans. While Mars, Venus, Jupiter and Saturn have been probed and photographed in exquisite detail during the space age, the closest planet to the Sun has had to make do with a few flybys from the Mariner 10 spacecraft in the early 1970s. Now Mercury has its own high-resolution maps, down to the scale of kilometres, made from thousands of images taken by Nasa's Messenger spacecraft as it orbited the planet over the course of a year. "Messenger has revealed Mercury to be a fascinating, dynamic and complex world," said David Blewett at the Applied Physics Laboratory at Johns Hopkins University and a scientist for the Messenger mission. Part of the reason, he said, that it had taken more than 30 years to revisit the planet since the Mariner 10 flybys was that most people thought Mercury was probably like the moon and largely inert and boring." 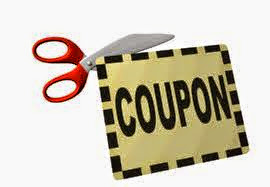