"Jon Lord, the keyboardist and co-founder of British rock group Deep Purple, has died in a London hospital aged 71, his official website says.
He had been receiving treatment for pancreatic cancer since last August.
"It is with deep sadness we announce the passing of Jon Lord, who suffered a fatal pulmonary embolism today, Monday 16 July at the London Clinic, after a long battle with pancreatic cancer," a message on the website said.
"Jon was surrounded by his loving family."'

"Marissa Mayer, the former Google exec apparently pushed aside when Larry Page became CEO of the search engine last year, has become Yahoo's new boss in a move that has surprised Silicon Valley.
"Yahoo! today announced that it has appointed Marissa Mayer as President and Chief Executive Officer and Member of the Board of Directors effective July 17, 2012," the company confirmed in a rather dry statement.
It added: "The appointment of Ms Mayer, a leading consumer internet executive, signals a renewed focus on product innovation to drive user experience and advertising revenue for one of the world's largest consumer internet brands, whose leading properties include Yahoo! Finance, Yahoo! Sports, Yahoo! Mobile, Yahoo! Mail, and Yahoo! Search."' 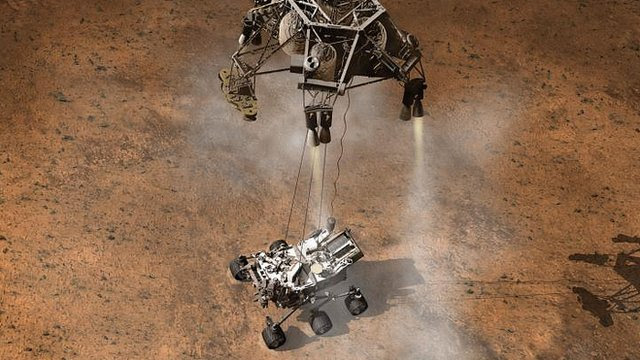 "Nasa might not be able to follow the progress of its big Mars rover all the way to the surface when it attempts to land on the planet on 6 August (GMT).
The Curiosity vehicle is aiming for a deep depression known as Gale Crater.
The US space agency will be tracking the descent with satellites, but its prime craft for the task may not now be in the correct place in the sky.
Engineers have been tackling a fault on the Odyssey satellite and it is no longer in the best observational orbit."

: "TORONTO (Reuters) - Two people were killed and at least 19 injured in a shooting at an outdoor party in Toronto, police said on Tuesday, raising fresh fears of a rise in gun crime in Canada's largest city.

"Firefighters battle a fire in Podgorica, Montenegro, early Tuesday, July 17, 2012. Firefighters in Montenegro are struggling to contain wildfires that are threatening an ancient pine forest in the northeast of the country. Fires have destroyed hundreds of acres of forests and about a dozen houses and stables."

"
More than 800 people have been forced to flee the Italian island of Sardinia due to raging bushfires.
Crews have mounted an extensive air and land effort in a bid to contain the blazes across the coastline, near the town of San Teodoro.
Record-high temperatures and strong winds have fanned more than 500 fires on the island over the last few days.
The island is one of Italy's prime tourist attractions, and many of those evacuated have been tourists." 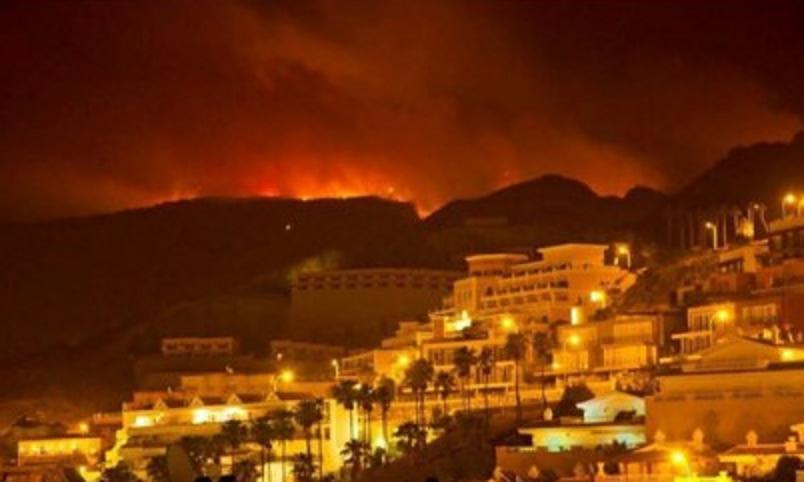 "This post is being used for all forest fire updates currently affecting the islands of Tenerife, La Palma and La Gomera in the Canary Islands. We will update as and when we have more news relating to this story. Follow us on Twitter @canariesnews for additional updates. You may also like to download our Android App from the Google Play market, just search for " : "Debris from windows falls to the ground as a fire rages in a 42 storey tower block in central Istanbul 17 July 2012. Firefighters managed to extinguish the blaze before any casualties. EPA/BGNES
A large fire that swept through a 42-storey building in the center of the Turkey's Istanbul has been extinguished.
Officials said no-one was injured in the Polat Tower building which houses shops, apartments and offices, as hundreds of people were safely evacuated, BBC informs.
Despite the extensive damage to the outside of the building, Mustafa Sarigul, the mayor of the district of Sisli, where the building is located, said the inside was largely unaffected.
"The building's fire-extinguishing system automatically activated," Sarigul said, as cited by international media. "Otherwise we could have faced a huge disaster."
1,500 people are said to have been inside the Tower at the moment of fire.
Experts say a faulty air conditioner could have triggered the blaze, according to The Voice of Russia."