Mandela still in hospital, no news of discharge - Yahoo! News ...

"Denmark's two-Michelin-star Noma restaurant said on Saturday that tests had shown the poisoning was caused by the stomach bug norovirus, which was brought in by a staff member. Sixty-three customers fell ill over five days, health officials said on Friday. Noma said customers could choose between a refund or a free meal, if they dared to return. A menu at Noma costs 1,500 kroner ($A250). Drinks are extra. The restaurant has been ranked No. 1 in the world by Restaurant magazine for the past three years. Inspectors from the Danish food ministry criticised the restaurant for not alerting authorities quickly enough and for failing to take adequate action after the worker fell ill. Noma blamed a delay in disinfecting the restaurant's kitchen on internal communication problems."

"Al Arabiya - Documents belonging to Egyptian football history were burned and its trophies looted, an online website reported Egyptian Football Association (EFA) Chief Executive Sarwat Swelam as saying Saturday. “The situation is very difficult. The EFA headquarter was totally burned and president Gamal Alaam will return from abroad to attend today’s urgent meeting,” Swelam told state news agency MENA. On Saturday, violence erupted in Egypt’s Port Said after a court verdict gave death sentences to 21 culprits who took part in Port Said’s football violence, which saw the deaths of 72 Ahly fans. According to Ahram Online, hundreds of Ahly fans, Ultras Ahlawy were reported torching the EFA headquarters. The Ultras are fuming with anger because only two police officers were convicted and the other seven were acquitted in the case. “Large numbers of Ultras Ahlawy burned all the documents and papers and also stole all the cups. The history of Egyptian football is now lost and cannot be recovered,” Swelam adds."

"He is a burly former bus driver and high school-drop-out, a devout socialist trained in Cuba but also loyal to a Hindu mystic, who is now in charge of the nation with the world's largest oil reserves. She is his long-time partner, an ambitious lawyer and skilled political operator who steered her companion's rise to the top even as she attained high office in her own right. And Nicolas Maduro and Cilia Flores, both 50, are now the most powerful political couple in Latin America after he was sworn in as acting president of Venezuela late on Friday evening - under the proud gaze of the new first lady, who also happens to be the country's attorney-general. Mr Maduro, the former foreign minister and vice-president, is the hand-picked successor of Hugo Chavez, the charismatic Venezuelan leader who died last week after a long battle with cancer. He is clear favourite to win new elections on the back of a wave of sympathy for his political mentor, whose memory caused him to choke as he delivered his maiden address after being confirmed as interim president."

"The mainstream scientific belief has always been that evolution was an unidirectional mechanism – that is, once organisms develop new evolutionary traits, they don’t get to go back to their previous state. This idea has been so pervasive in the scientific community that it has even made into law – the Dollo’s law: "that evolution is not reversible; i.e., structures or functions discarded during the course of evolution do not reappear in a given line of organisms.” The hypothesis was first advanced by a historian, Edgar Quinet. " 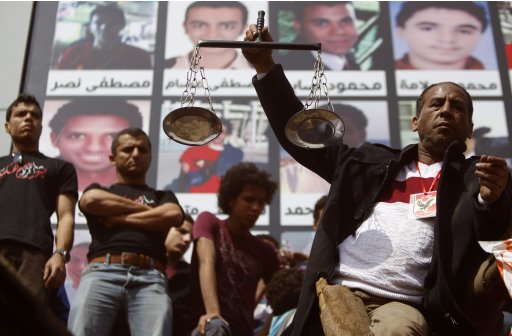 "Al-Ahly fans, also known as "Ultras", react in front of the Al-Ahly club after hearing the final verdict of the 2012 Port Said massacre in Cairo March 9, 2013. An Egyptian court confirmed on Saturday ... "

"GRAY, Ky. (AP) — Two adults and five children died in a house fire Saturday in rural southeastern Kentucky, according to Knox County Coroner Mike Blevins. Blevins said the victims' names wouldn't be immediately released, as officials are trying to confirm their identities. The victims are a man, a woman and five children, Belvins said. The woman was the mother of three of the children, and the other two children were from another family, he added."