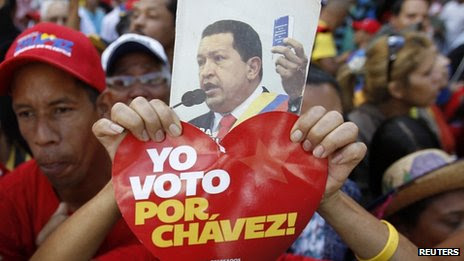 "Venezuela's National Assembly has met to choose its leader, a possible stand-in for President Hugo Chavez who is in Cuba following cancer surgery. The assembly re-elected the incumbent Diosdado Cabello, a leading ally of Mr Chavez. Opposition leaders are calling for new elections if the president cannot be sworn in for his new term on Thursday. In such a situation, Mr Cabello would become caretaker president pending the outcome of the vote. Vice-President Nicolas Maduro has dismissed the opposition's calls, saying the Supreme Court can swear in Mr Chavez at a later date. Mr Cabello's re-election was expected in the National Assembly, which is dominated by Mr Chavez's governing United Socialist Party of Venezuela (PSUV)."