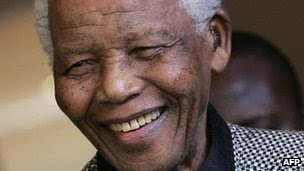 "Former South African President Nelson Mandela has recovered from a lung infection and surgery to remove gallstones, the government says. "President Mandela has made steady progress and... continues to improve," President Jacob Zuma's office said. Mr Mandela, 94, spent almost three weeks in hospital last month, and has since been receiving treatment at his home in an East Cape province village. It was his longest stay in hospital since he left prison in 1990. Mr Mandela served as South Africa's first black president from 1994 to 1999 and is regarded by many as the father of the nation."