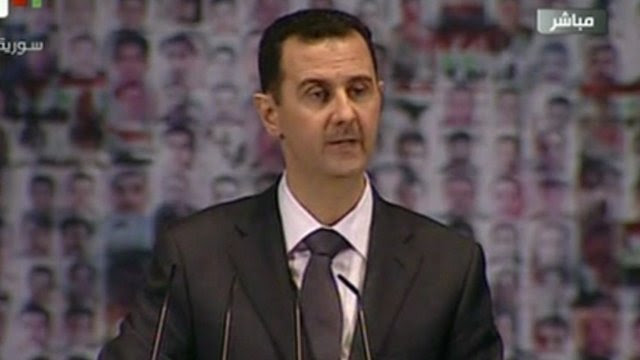 "Syrian President Bashar al-Assad has delivered a rare TV address, denouncing his opponents as "enemies of God and puppets of the West". He lamented the suffering of the people in the civil war, saying a "black cloud" of pain engulfed every corner. Mr Assad also set out a plan involving a national dialogue conference and a referendum on a national charter. The UN estimates that more than 60,000 people have been killed in the uprising, which began in March 2011."