"The daughter of Russian billionaire Dmitry Rybolovlev has bought the Greek resort island where shipping tycoon Aristotle Onassis famously married Jacqueline Kennedy in the 1960s, Rybolovlev's investment office said. The sale price was not disclosed. Greek media reports on Saturday placed the value of Skorpios island at over $100 million and said Ekaterina Rybolovleva, 24, wanted it not only for leisure but also business purposes. She purchased Skorpios, in the Ionian Sea off western Greece, from Onassis' 28-year-old granddaughter, Athena Onassis Roussel, the only surviving descendant of the shipping magnate. "Ekaterina is delighted that the trust has negotiated this purchase," a representative of Rybolovlev's family investment office said on condition of anonymity. "She regards the acquisition as a long-term financial investment.""

"Minutes before the bombs blew up in Boston, Jeff Bauman looked into the eyes of the man who tried to kill him. Just before 3 p.m. on April 15, Bauman was waiting among the crowd for his girlfriend to cross the finish line at the Boston Marathon. A man wearing a cap, sunglasses and a black jacket over a hooded sweatshirt looked at Jeff, 27, and dropped a bag at his feet, his brother, Chris Bauman, said in an interview. Two and a half minutes later, the bag exploded, tearing Jeff’s legs apart. A picture of him in a wheelchair, bloodied and ashen, was broadcast around the world as he was rushed to Boston Medical Center. He lost both legs below the knee."

: "NASA's Hubble Space Telescope has snapped a spectacular new image of an iconic nebula to celebrate its 23 years of peering deep into the heavens. The Hubble observatory, which launched on April 24, 1990, captured the Horsehead Nebula in infrared light, peering through obscuring veils of dust to reveal the object's hidden features. "The result is a rather ethereal and fragile-looking structure, made of delicate folds of gas -- very different to the nebula's appearance in visible light," mission officials wrote in an image description today (April 19). The new observations allowed astronomers to create a dazzling video of the Horsehead Nebula based on Hubble's photos." "Musharraf, who is attempting a political comeback in parliamentary elections after returning from self-imposed exile, had been under house arrest at his home in the Pakistani capital before he was taken away. His spokesman Mohammed Amjad said he would spend two days on remand at police headquarters before appearing in front of a court. Mr Amjad said police moved the former president because a senior police official had failed to issue the paperwork needed to comply with a judge's order that he should be detained at home. Yesterday, Musharraf left an Islamabad court in a speeding vehicle following a judge's rejection of his bail application."

: "Kuril: A major 7.2-magnitude earthquake struck off northern Japan on Friday, seismologists said, but no tsunami warning was issued. The quake hit at 0305 GMT near the Russian-administered Kuril island chain, 1,490 kilometres (926 miles) north of Tokyo, the US Geological Survey said. It was located 122 km deep. The quake rocked towns in the northernmost Japanese prefecture of Hokkaido. "We have received no reports of damage so far," a spokesman at the Hokkaido police said, adding there were no reports of injuries." 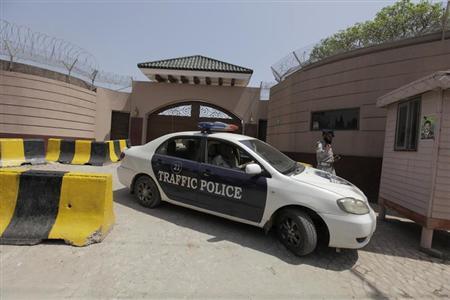 "(Reuters) - Pakistani police took former president Pervez Musharraf into custody at their Islamabad headquarters on Friday, hours after a court had ordered him placed under house arrest, Musharraf's spokesman said. Mohammed Amjad said police had escorted the former army chief from his residence on the edge of the capital to a guest house at the city's police headquarters where he will spend two days on remand ahead of a court hearing. Amjad said the police had moved Musharraf because a senior police official had failed to issue paperwork needed to comply with the judge's order to detain him at his home. There was no immediate comment from police."