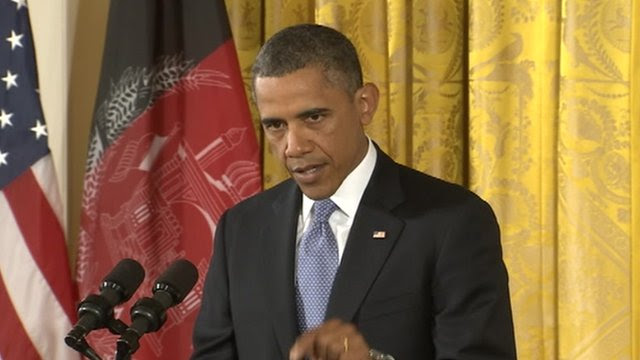 "US troops in Afghanistan will end "most" combat operations this spring, US President Barack Obama and Afghan counterpart Hamid Karzai have agreed. American forces are expected to switch to a support role, slightly earlier than originally scheduled, as Afghan troops take the security lead. The two leaders also backed the holding of talks between the Afghan government and Taliban leaders in Doha, Qatar. Most of the 66,000 US troops in Afghanistan are due to leave in 2014. "Starting this spring, our troops will have a different mission - training, advising, assisting Afghan forces," Mr Obama said in remarks at the White House on Friday, as Mr Karzai stood alongside."