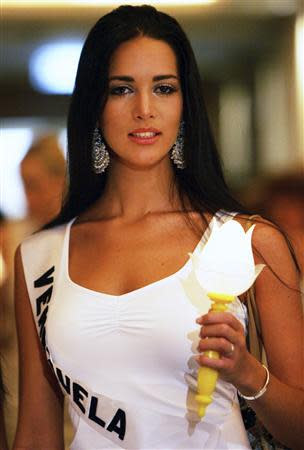 "CARACAS (Reuters) - Assailants shot dead a former Miss Venezuela and her ex-husband in the latest high-profile case of violent crime in the South American nation, authorities said on Tuesday. Monica Spear, 29, who was also a soap opera actress, and Henry Berry, 39, died in an attempted robbery on the highway between Puerto Cabello and Valencia in central Venezuela."